Finding Our Way Back: Reflecting on Themes of Legacy and Death in Beyoncé’s Black is King 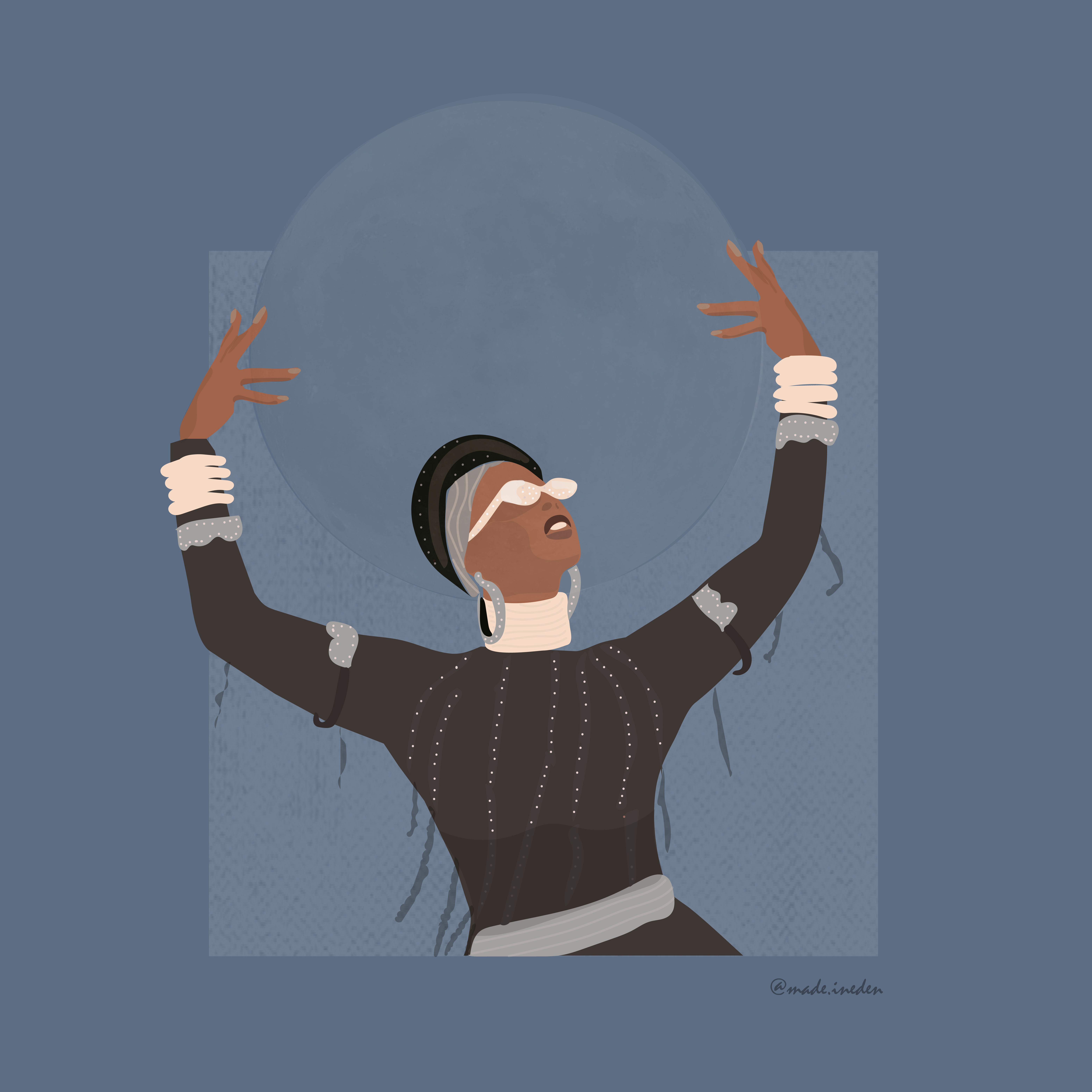 In Black is King, Beyoncé creates a sonic and visual document of herself, her culture, and the African Diaspora as a whole.

When I started watching Black is King, I thought I’d be analyzing whether this film, a love letter to Africa, would fail to live up to its expectations. I am Kenyan American and deeply invested in this critique. I was concerned whether this film would merely be a myopic, western view of Africa, sell an inflated, capitalistic portrayal of the continent, or push the Black Israelite rhetoric of “We were Kings!” I also wish that more East Africans had been involved in the making of the album and the film. Today, I won’t be writing about that, but there are great essays that have addressed these concerns, two of which I’ve linked here.

What first drew me into the film was the sumptuous visuals, Beyoncé’s euphoric voice, and the elaborate production. Every scene took my breath away and built up my impressions of the last. When I finished watching the film, I had absorbed so much. It was a visual, narrative, and sonic overload of epic proportions.

I always wonder, what’s next, Beyoncé? It’s become a point of anxiety for me. With each era, as she reinvents herself, is she close to having a farewell album and tour? In her Homecoming documentary, she describes the physical pain and extreme stress she’d put herself through by preparing for her Coachella show shortly after the birth of her twins. She said she’d never put herself through such an experience again. That moment reminded me of the limits of Beyoncé, someone I have often viewed as larger than life, but who, at the end of the day, is as human as the rest of us. I thought then of the Homecoming performance, which was a love letter to the hits of her career and a tribute to her Southern roots.

If she’s looking back, I thought, then how much is ahead of her? Clearly, so much more, as with Black is King, she again exceeded my expectations. And yet, as in Homecoming, Beyoncé is thinking of return–to home, to our ancestors, to ourselves and our purpose. The film begins with us following a basket that tumbles through a river, a nod to the biblical Moses story. Then, Beyoncé appears on a glistening shore as the elegiac chords of “Bigger” begin. As she sings, the scene changes and she is holding a baby that is being baptized. We know, then, that this child will be lost (or has been found), according to the Moses story and The Lion King, and Beyoncé represents his mother. The songs, then, become messages to him. The three songs I will focus on are “Nile”, “Water”, and “Otherside”, as they connect with this theme of return in terms of death. As much as this is a story about a young boy lost from his kingdom, it is also a story of his forebearers–his mother and other ancestors, who guide him.

In the part of the film dedicated to the song “Nile”, Beyoncé leads a pack of pallbearers, carrying a white casket. In fact, everything is white, from the outfits, to the white paint on half of Beyoncé’s face. This gives a haunting and ethereal effect to the song, which before, I thought was about basking in sensuality. As she sang the lyrics, “fountain of youth, I’m drowning in it / I’m in the Nile, deep in denial”, I began to interpret the song as one of a resistance to aging. Yes, Beyoncé abounds in beauty and youthfulness, but what if drowning here is truer to its definition–what if her worship of youth is draining her life? As the song continues, we see Beyoncé on the pall herself, in her flowing white dress and shades. We finally see the entire room, which is a blank white space save for silver-grained, white marble columns and steps. It’s a mausoleum. In another shot, posing on marble steps is a group of young black women, who gaze boldly upon the camera, as if it is their time to shine. Beyoncé’s ending, is their beginning.

In “Water”, I was struck by the image of Beyoncé lying on a boat of bright red and pink flowers. Her outfit is shiny red leather and she wears a fluffy coat. She is full of life as she drifts along the water, in a way that reminded me of Viking funerals, in which their dead are ushered off with a funeral pyre that is sent to the water. This return is glorious. Here, unlike in “Nile”, water is not an undertaker, it is a conduit. A snippet of a Warsan Shire poem prefaces “Water”: “You’re swimming to back to yourself/ You’ll meet yourself at the shore.” This ‘death’ is a homecoming, to who we truly are and to whom we belong, whether that is your nation, your ancestors, or to your version of the afterlife.

In “Otherside”, Beyoncé directly acknowledges the ancestors. A lyric, in Swahili, she repeats is “Mababu Katika Mawingu” meaning “ancestors in the clouds” alongside background vocals “Sokale Oluwa”, meaning “Lord, come down” in Yoruba. During this part of the film, Beyoncé places her child into the basket and parting ways with him, praying to see him again on the ‘other side’. Death, here, is a transition, and most importantly, not an end. We never lose our loved ones, this song suggests, rather we gain guides until we eventually become guides ourselves. Throughout the film, Beyoncé often appears in the background of the boy playing Simba and her son. For example, in “Don’t Jealous Me”, as he enters an abandoned factory, she stands at the door, watching over him. She comes to him in the luscious dream that is “Mood 4 Eva”. In “Ja Ara E”, when he brushes death while partying late at night, she is in the car along with him, unnoticed. In one moment, as he is speeding down a desert road, she stands at the side of the road, as if leading him in the right direction. In the last scene of the film, a nod to The Lion King, she stands beside her son, now a grown man and king, his wife, and their newborn, who the couple holds up triumphantly in the air. The circle of life, the next generation, a new chapter. Death is birth.

Beyoncé is aware of her mortality, but also that her aging and eventual passing on, are not the end of her impact or that of black people as a whole. She is aware, then, of legacy, of the fact that what lives beyond us is our music, our art, our cultures, and our people. I am not arguing that Beyoncé is at the end of her career; rather, she is at the next stage of it, during which she wants to focus on her impact, on nurturing another generation of black musical artists, and inspiring the youth. In fact, she dedicates the film to her son, Sir, and black children across the world. Following up from Homecoming and Lemonade, even, I see Black is King as an elevation of her desire to leave behind a sonic and visual document of herself, her culture, and the African Diaspora as a whole.